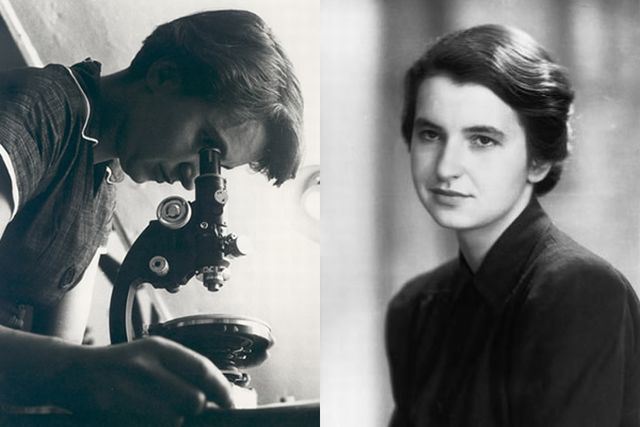 Women are invaluable to science, even if they don’t always receive proper credit for the contributions. Take a look at these six significant discoveries made by women scientists that prove this point.

Chinese physicist Chien-Shiung Wu was raised just outside of Shanghai by her mother, a teacher, and her father, an engineer, both of whom encouraged Wu to continue her education. She received her BS in Physics in 1934 and moved to the United States two years later to pursue graduate studies at the University of California at Berkeley.

In 1957, Wu made her greatest discovery: that nature knows the difference between left and right! Prior to her discovery, the conservation of parity principle stated that pairs of right- and left-handed molecules should behave in tandem; however, Wu and her team disproved this theory, which was groundbreaking in the field of physics.

Two of Wu’s colleagues, Dr. Chen Nin Yang and Dr. Tsung-Dao Lee, received the Nobel Prize for this revelation. Chien-Shiung was not included in the award despite her significant contributions. Although she did not receive the Nobel Prize, Wu was the recipient of many other prestigious awards, including the Medal of Science, which is the United States’ highest scientific award.

Today, it is common knowledge that DNA (deoxyribonucleic acid) is the molecule that is responsible for the functioning and development of all known living things – and it is easily recognizable. But what is not common knowledge is who was responsible for discovering the ‘winding staircase’ structure, better-known as the double-helix. Although James Watson and Francis Crick are most-often associated with the revelation, British molecular biologist and crystallographer, Rosalind Franklin, also played an indispensable role in the process.

Arguably the most famous X-ray image in the world, Photo 51 was taken by Franklin and one of her students. It was subsequently used without her knowledge by her colleagues and was a crucial data source in the determination of the structure of DNA. In 1962, Watson and Crick, along with another scientist, Maurice Wilkins, were awarded the Nobel Prize for their development of the chemical model of DNA. Franklin’s contribution was acknowledged by her peers. Unfortunately, due to her untimely death in 1958, she was not included in the award.

Check out this interactive guide to Photo 51, and find out all you need to know about DNA here!

For over a decade, stem cell research has been a hot topic of discussion among the medical science community. In 1974 as a post-doc fellow, Martin discovered how to keep stem cells alive in a petri dish, which enabled them to be studied in greater detail. Then, less than 10 years later, she made her greatest discovery. In 1981, Martin found a way to isolate embryonic stem cells (cells known for their ability to multiply and differentiate into any of the three cell types) and cultivate them in-vitro. This discovery expanded possibilities for a multitude of treatments and further research.

Not familiar with stem cells? Get introduced!

When the AIDS epidemic became rampant in the US in the early 1980’s, its cause puzzled doctors and scientists alike, and everyone searched for answers surrounding this elusive ailment. In 1983, Françoise Barré-Sinoussi identified that the cause of AIDS was the human immunodeficiency virus (HIV). Her discovery laid the foundation for the development of effective treatment and other factors such as mother-child transmission.

Pulsars are highly magnetized, dense, rotating neutron stars that emit electromagnetic radiation, and they are extremely useful tools in astronomy because of their precise rotational periods. They were discovered by Irish scientist, Jocelyn Bell, during her PhD research in 1967, and the impact of her detection on the astronomical community was great. The realization of pulsars aided the credibility and research of black holes, gravitational radiation and even Einstein’s theory of relativity.

Bell’s discovery was initially named LGM (little green men), as the behavior of the stars resembled something artificial (or extraterrestrial); however, that loose theory was quickly disproven.

There’s a lot more about Jocelyn and pulsars here!

Although Mary-Claire King is well-known for her doctoral thesis which proved that the genomes (the complete set of genes or genetic material present in a cell or organism) of chimpanzees and humans are 99% identical, she makes our list for her groundbreaking discovery related to breast cancer.

King began to study the DNA of families in 1974, hoping to ascertain whether or not breast cancer was hereditary, and if so, how it can be identified at the genetic level. She ultimately identified the genetic marker, called Chromosome 17, which was found to be responsible for multiple inherited cancers. King’s research laid the foundation for the identification of the actual breast cancer-causing gene, BRCA1, and has enabled the development of many testing, screening, and treatment procedures.

These are some amazing finds! The discoveries made by these women are truly inspirational and will continue to benefit society for decades to come.